Stay in the Know

Read what NY Beauty Suites is up to 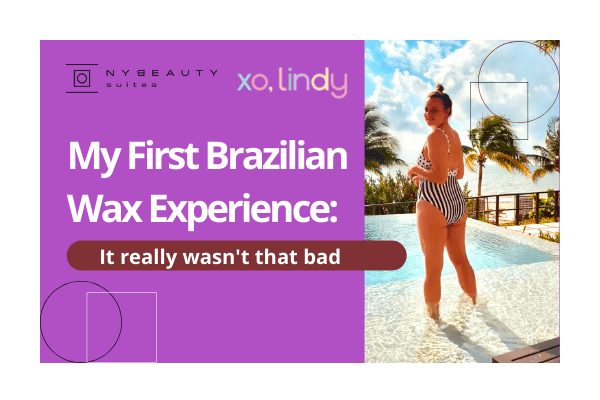 My First Brazilian Wax Experience: It Really Wasn’t that Bad 

I’ve never been a fan of the hair removal process. Admittedly, my arm pits are the only parts of my body that are always baby-skin smooth—and that’s only because 1) they take a smidge of time to shave and 2) my underarm skin doesn’t poorly react to the swipe of a razor like my legs and pubic hair do. Cue the almost immediate onset of red bumps and ingrown hairs. FML.

Yes, I shave with the grain. Yes, I’ve tried a variety of razor heads, shaving creams, and even laser hair removal once (highly recommend—my schedule was just not conducive to keeping up with appointments at the time). Until recently, waxing never crossed my mind—mostly due to fear of the pain. Plus, if I’m being honest, waxing the most delicate part of my body gave me the heebie-jeebies.

Fast forward to January 2022 when I hit the ‘book now’ button on an all-inclusive getaway. My immediate thought? I am officially hitting the beach in less than 2 months and there is no way in hell I am taking my sensitive-AF bikini line with me.

It was time to get serious about waxing. Thankfully, I met Vee Matteson, licensed esthetician and Founder of Vee on Glam, at the perfect time. 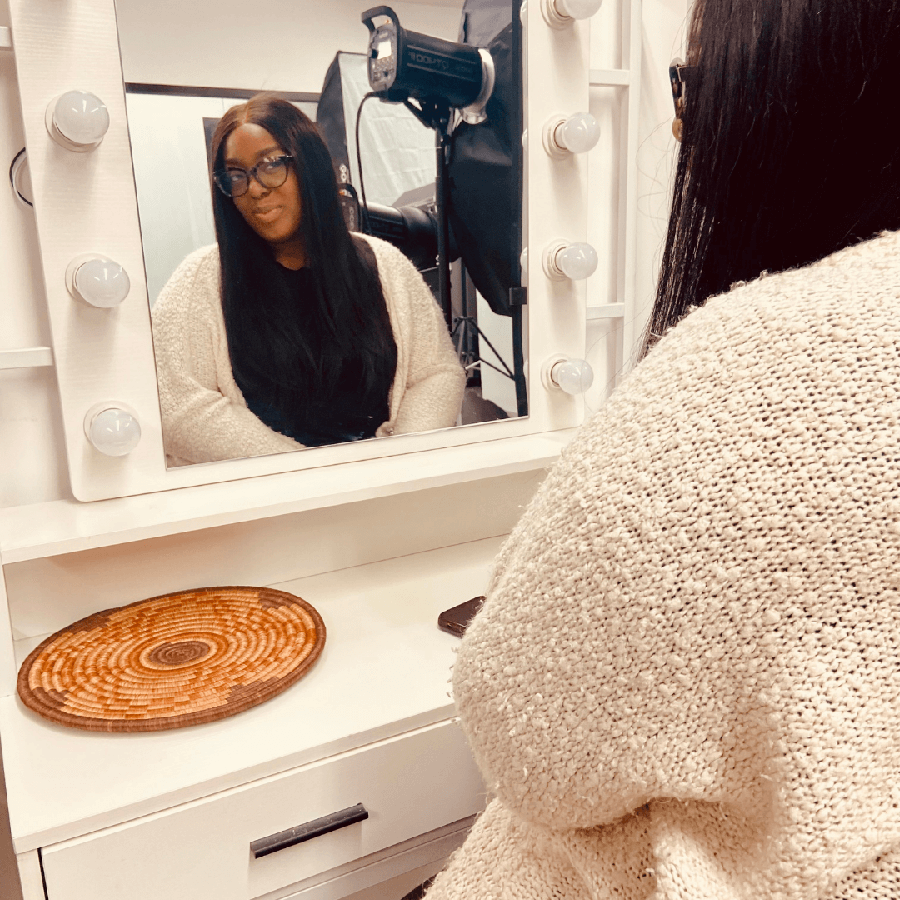 As Head of Content for NYBeauty Suites, a Brooklyn-based business that offers flexible, private workspaces for beauty and wellness entrepreneurs, my job during the celebratory grand opening of their second location was to, well, get some content. This included pulling members aside to conduct short interviews about their businesses.

Vee’s waxing studio caught my eye right away. The calming mood lighting mixed with black velvet walls and a rejuvenating touch of gold made her space hard to resist. Throughout the night, Vee was available to answer dire questions about vaginal care. With my trip steadily approaching, I knew I had to take advantage of her expertise.

After our interview, I explained my situation: never been waxed, trip coming up, thinking of a bikini wax, nervous about pain, yadda yadda yadda. By the time I was done explaining myself and asking what felt like a million questions, Vee had already convinced me. Go big or go home. Right then and there, I made an appointment for my first-ever Brazilian wax.

V-day was exactly one week away. 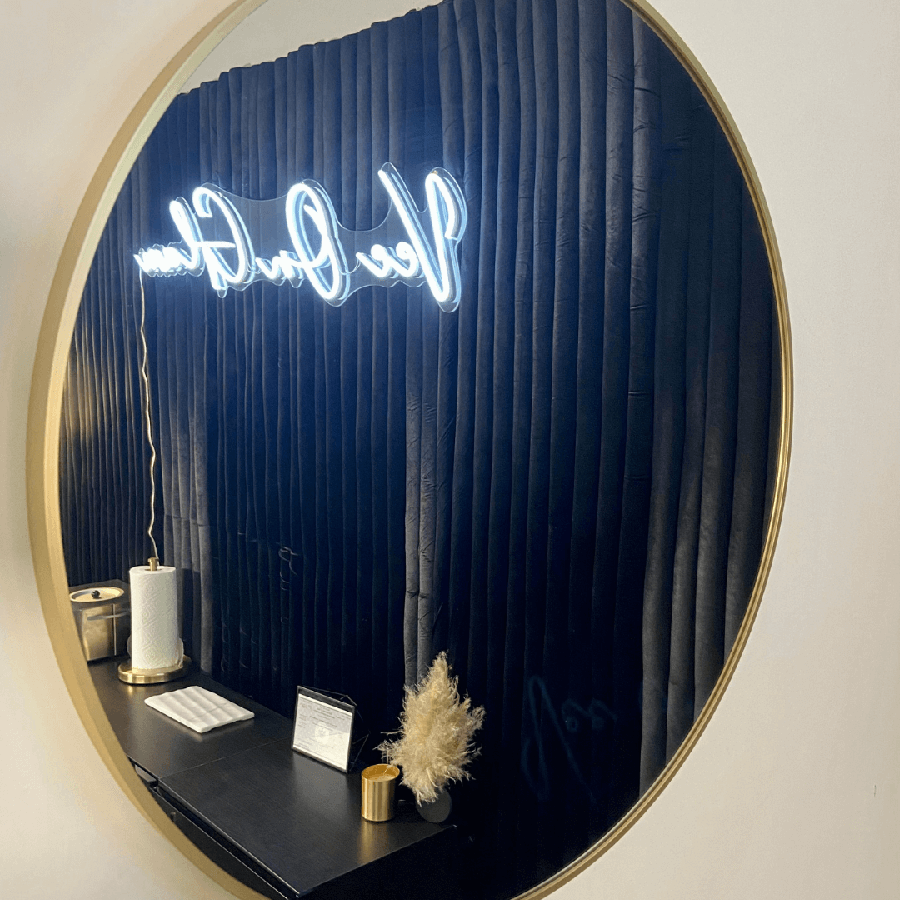 When I booked with Vee, she was adamant that my hair be long enough for waxing—1/4 of an inch or, my preferred description, the size of a sprinkle. It’s no surprise that all of my research leading up to my appointment said the same. The length is necessary for the wax to adhere to the hair, ensuring that the root of each hair comes out when the wax is pulled off.

For reference, I was about a week into not shaving when I made my appointment. For most, the growth process can take 2-4 weeks depending on how fast your hair grows. I was good to go after two.

I’m not going to lie, the growth process was almost worse than the wax itself. If you can stand to embrace the itchy, uncomfortable feeling of a hairy down-under, the results will be worth it, I promise.

Vee’s most important advice was this: 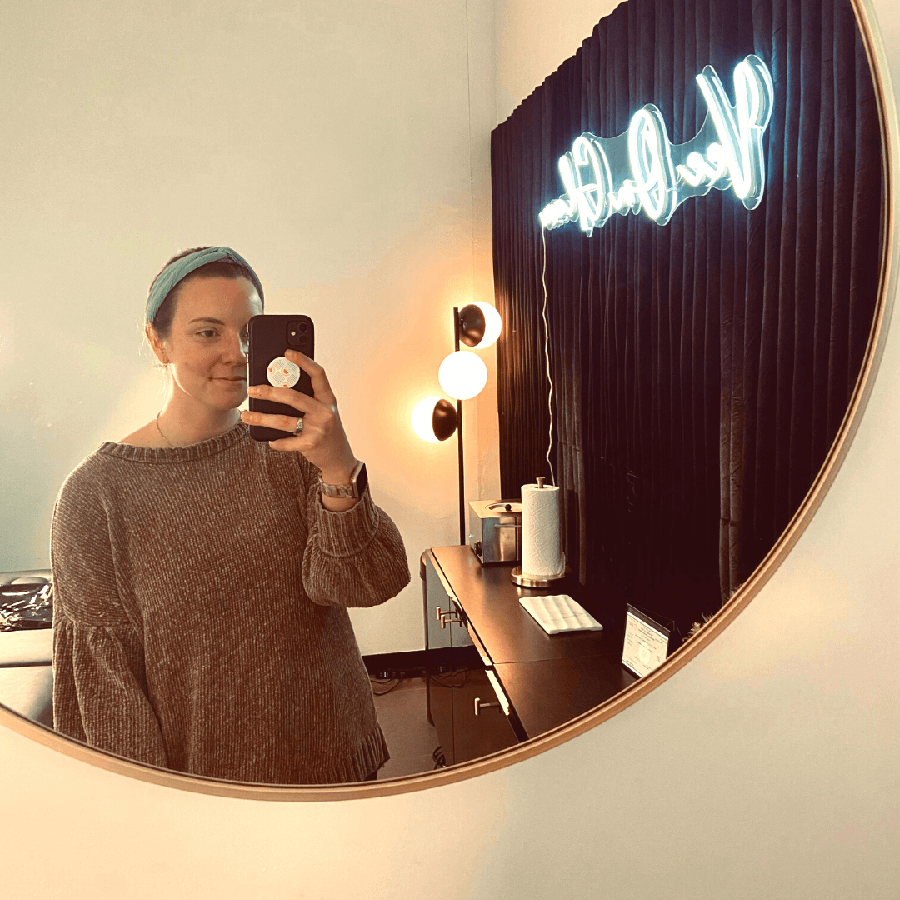 Step 3: The Arrival of V-Day

I had a particularly busy schedule on the day of my appointment, so I knew I was not going to be able to squeeze in a shower to freshen up before my wax. Summer’s Eve Wipes were the next best thing. If you find yourself in a similar unable-to-shower situation—this is a purchase you are definitely going to want to make.

I was sure to arrive to my appointment a few minutes early to put the wipes to work, thankful that amidst the chaos of my day, I remembered to take Ibuprofen (research recommended) 30 minutes prior to the wax.

After a few deep breaths and a quick pep-talk in the mirror, I was ready for whatever the hell was about to happen.

Vee’s studio was as serene as I remembered it and her warm energy instantly calmed my nerves. Thank Goddess because Vee wasted no time. I was immediately tasked with undressing from the waist down and asked to lay on the treatment table with my legs in a butterfly position.

It was go time. 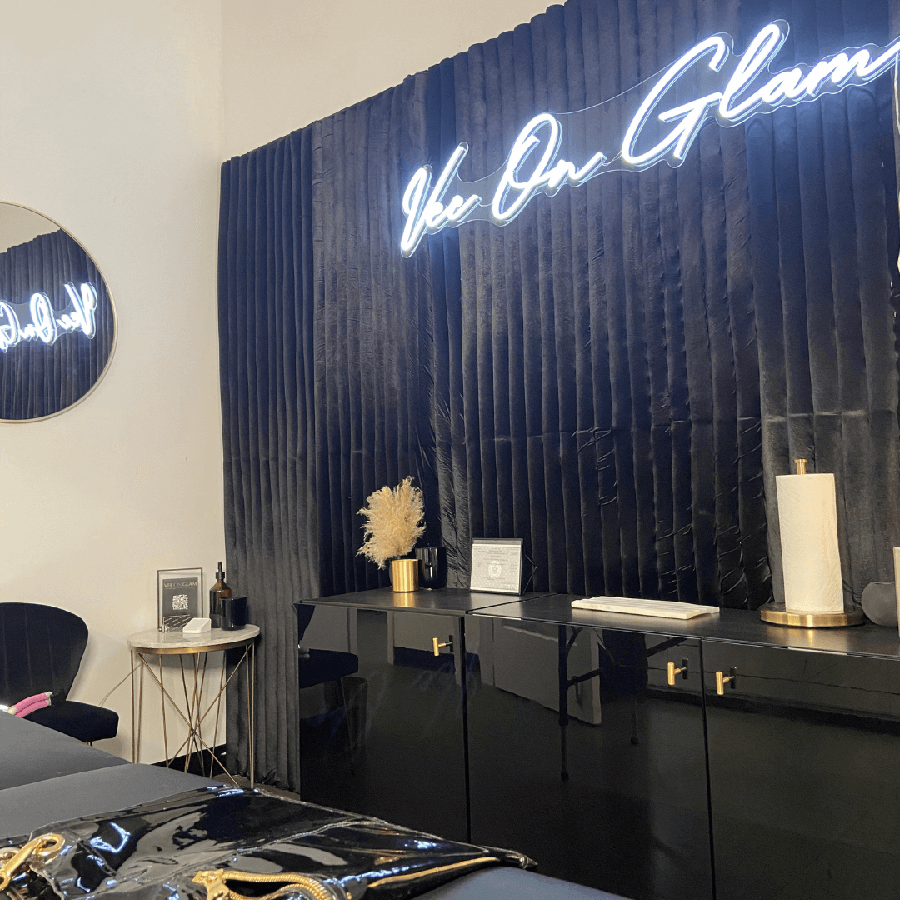 Looking back, I should have known that Vee would cleanse the area before the actual wax began—a help me help you situation, if you will. Legs spread wide, this was just the beginning of a vulnerable 20 minutes and I was along for the ride.

Following the cleanse, Vee applied powder to my down-under region to ensure that the moisture was eliminated so that the wax would adhere. As the powder did its job, Vee explained that she uses hard wax which is gentler on the skin. For extra comfort, she infuses her wax with pineapple oil to aid in recovery. As if that wasn’t cool enough, Vee’s wax is a shimmery gold hue that perfectly matches her studio— and boy do I love an on-brand moment. 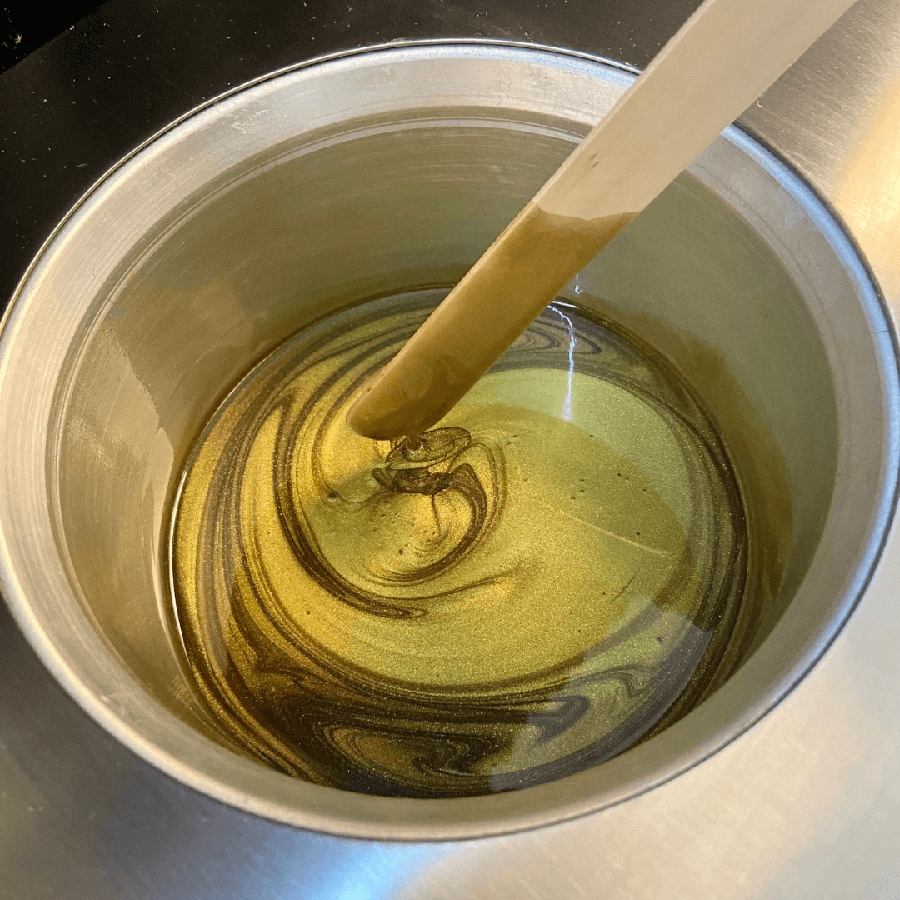 “We’ll start a small strip on the left bikini line so that you can see how it feels,” Vee said as she applied the first bit of liquid wax. “The wax should be warm but not scorching,” she continued. “Are you doing ok?”

I was fine. The warmth was actually comforting as I prepared for the first rip. When the wax was ready to pull, she instructed me to breathe in before the pull and out during the extraction. This, she said, helped the body deflect pain.

“That wasn’t bad at all!” I exclaimed after the first pull. “I told you!” She laughed. “Want to see what came out?” Of course, I did. She showed me the now-hairy strip and pointed to the white plugs sticking to the wax. “That’s exactly what we want to see. Those are a sign that the entire root came out.”

I wish I could say that the rest of the waxing experience was as painless as the first strip. In fact, Vee wouldn’t tell me what the worst part would be—but I felt it. 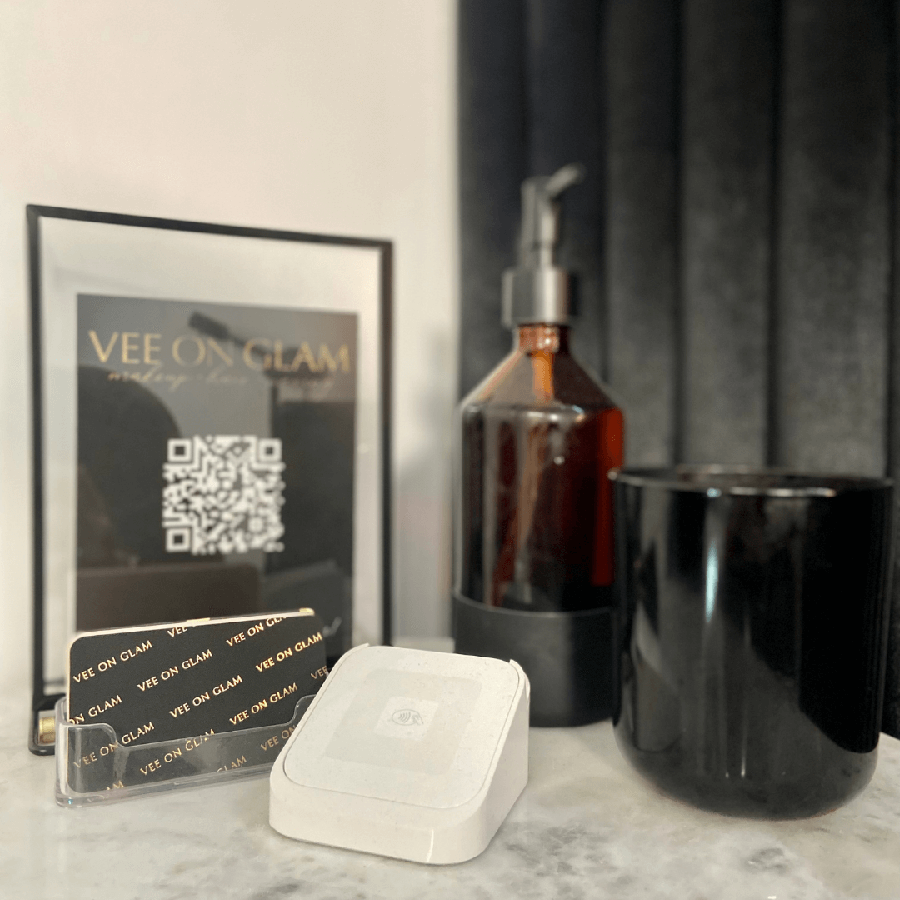 Like an overthinker does, I packed an extra pair of undies and a pair of sweatpants to replace my jeans, should I be in too much pain. I needed neither and after 20 minutes, I was out the door and on my way to a family dinner.

The recovery process was a breeze. I was red for a few days (I have Cullen-toned skin, for reference) and there was zero pain—all of the ‘ice pack + a bottle of wine after waxing are mandatory’ reviews I read prior now seem like scare tactics.

Due to my hairs not being on the same growth cycle (they become cyclical after the second wax), I had to pluck a few strays and some hairs grew back faster than expected. Again, normal for the first time. Ingrown hairs were minimal and there was zero itch with the grow back. 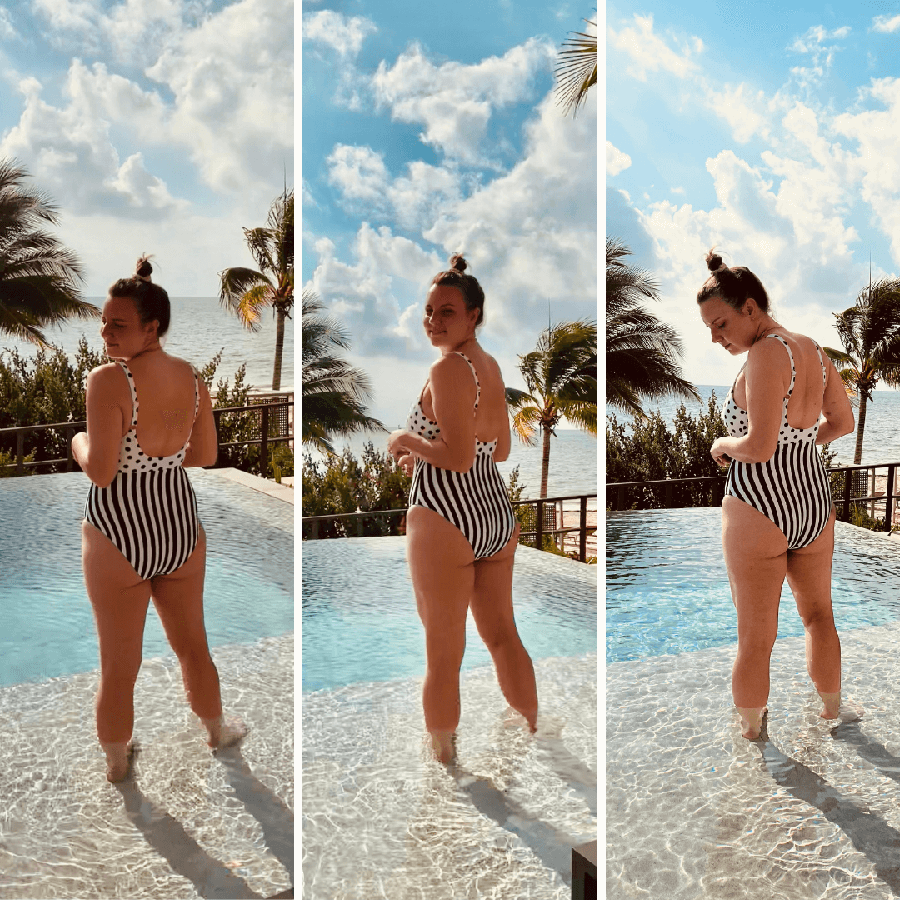 Have I been converted from a shaver to a waxer?

In fact, I’ve already been back for a second appointment. I’ll catch you up on how that went soon.

In the meantime, let me know if this was helpful. And if you have a waxing story or suggestion for other curious souls—tell it like it is in the comments below. This is a supper common service that isn’t widely discussed. Let’s disrupt that shit. 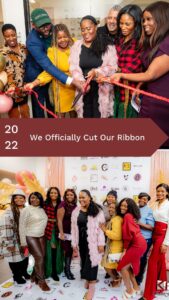 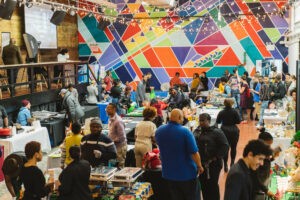 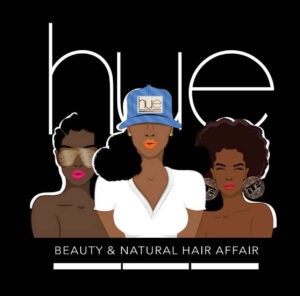